Dogs can do some pretty amazing things. Just look at your own, who comes when you call, sits when you say so, and knows enough to only chew up your last-season footwear. History is filled with tales (and tails) of highly accomplished canines—all of whom are worth remembering on National Dog Day (August 26th). Here are 12 of them. 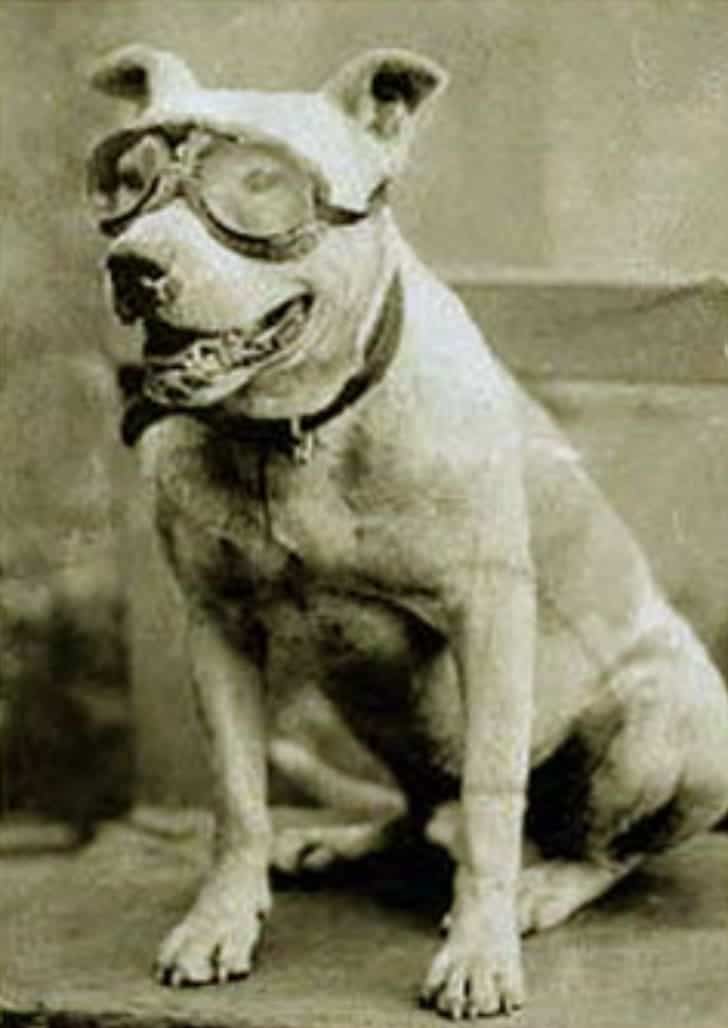 Balto may score the bigger headlines—not to mention a famous statue in Central Park—but the famous sled dog who helped deliver a shipment of antitoxins to Nome, Alaska during a 1925 diphtheria outbreak had a lot of help. Particularly from Togo, whose own team of fellow sled dogs traveled twice the distance of Balto’s and crossed the 674-mile trek’s most treacherous parts. But as it was Balto’s team who finished the final leg of the record-setting five-and-a-half-day journey, he’s the one who grabbed most of the glory. The military title in this pit bull mix’s name isn’t just there to be cute; it’s a well-earned honor. During World War I, the former stray served with the 102nd Infantry alongside his owner, John Robert Conroy, who had smuggled him into France when he was deployed. But Stubby’s keen sense of smell and hearing proved to be quite valuable to the unit; he would alert the men to incoming gas attacks and helped rescue many wounded soldiers. But it was by sniffing out a German spy that Stubby earned the rank of sergeant. Don’t you think Stubby’s top is cute? Check these cute dog tops & comfortable dog pajamas for your cute friend.

Swansea Jack is a legend in Wales, where he lived with his owner, William Thomas, near the River Tawe. It’s here that the black retriever’s superhero reputation began when he jumped into the river to save a drowning boy. A few weeks later, he did it again. And then again. And again. All told, it’s believed that Jack saved a total of 27 people during his lifetime. Rags is another pooch who saw his fair share of combat during World War I, where he accompanied the 1st Infantry. Private James Donovan found the terrier mix as a stray in Paris, and brought him back to his unit as a mascot and carrier dog, who would traverse dangerous grounds to deliver notes to the front lines. Rags and Donovan returned to America after a gas attack, which Donovan did not survive. Rags, however, went on to become a bit of an A-list name and was buried with military honors.

Also known as Silverton Bobbie, this Scotch Collie-English Shepherd mix gained worldwide fame in 1923 when he walked from Indiana to Oregon—a full 2551 miles—to reunite with his owner, six months after getting lost in the Hoosier State while on a family road trip. In 1924, a silent film—The Call of the West—was made about Bobbie; the pup played himself.

Dog owners are never shy about showing off their pooch’s smarts, and Paula Moekel was no exception. Her Airedale terrier Rolf became famous around the world for his ability to “speak” by tapping out letters with his paws. She also claimed that he was a great mathematician, poet, theologian, and philosopher. Veracity of those assertions aside, what is known is that it’s because of Rolf that the Nazis attempted to train an army of super-smart talking dogs. Yuri Gagarin may have been the first human being to journey into space, but that historical 1961 feat would not have been possible without Laika, the terrier-turned-cosmonaut who was literally picked up off the street in Moscow to become the first living being to orbit the Earth. And while she has enjoyed several decades of fame for her accomplishment, Laika did not survive the mission so never had the chance to enjoy her celebrity status. Though Soviet officials said she survived for at least a few days, she actually died less than two hours into her mission due to overheating and stress.

Sure, it was probably just a case of pure luck. But in 1940, a quartet of teenagers and one dog in Dordogne, France set off to try and find a mythical tunnel that was said to run under the Vézère River. Instead, what Robot sniffed out (literally) were some of the world’s most significant Paleolithic cave paintings, which had not been seen by human eyes in thousands of years. That dogs are a loyal species isn’t breaking news, but the depths of some dogs’ fidelity is worth special mention. Especially when it comes to Hachiko, the Akita who made a habit of greeting his owner, University of Tokyo professor Hidesaburo Ueno, at the end of each work day at Shibuya Station. But in 1925, Ueno passed away suddenly from a brain hemorrhage and never returned home. Still, Hachiko waited. Every day. For the next nine years.

If you’ve ever seen the 1990 Disney movie Chips, the War Dog, you know the story of this brave German Shepherd-Collie-Husky mix, who served with the 3rd Infantry in North Africa, Italy, France, and Germany during World War II. Trained as a sentry dog, Chips’s quick reflexes made him a valuable asset in defending his unit. He once forced four gunners to surrender to U.S. troops and, on the same day he injured his scalp and sustained powder burns, helped his men capture 10 Italian prisoners. Though his Distinguished Service Cross, Silver Star, and Purple Heart were eventually revoked due to an Army rule on animal commendations, Chips remains one of the world’s most decorated war dogs.

This article has been updated for 2019.